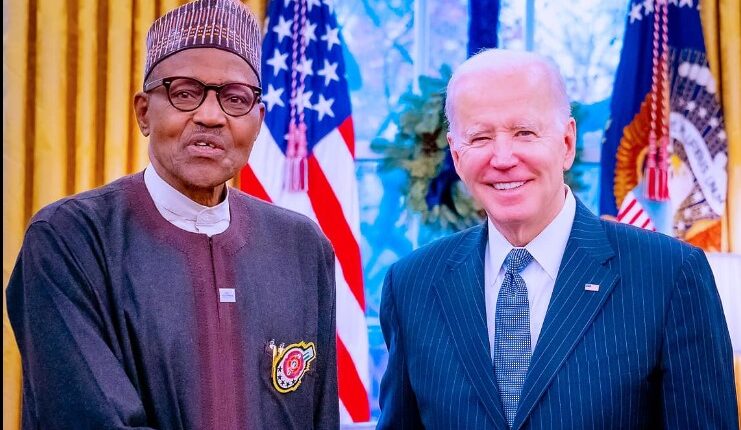 United States President Joe Biden on Wednesday met the leaders of African nations that hold elections in the new year to press for a free vote.

On the sidelines of a summit that has brought most African leaders to Washington, Biden and his top aides met separately with a group of six leaders as part of his democracy push.

The group included Nigerian President, Major General Muhammadu Buhari (retd), who is ineligible to seek a third term in February to lead Africa’s most populous country, and President Felix Tshisekedi of the Democratic Republic of Congo who took office in 2019 in the vast country’s first peaceful transfer of power.

Also participating were Gabon’s Ali Bongo Ondimba, who has been president since 2009 after succeeding his longtime-ruling father, and the leaders of Liberia, Madagascar and Sierra Leone, according to the White House.

Jake Sullivan, Biden’s national security advisor, said ahead of the meeting that the president would call for free elections across the continent.

He said the participation of the leaders did not necessarily indicate the United States had concerns with each country.

“We would like to do everything we can to support those elections being free, fair and credible,” Sullivan, who took part in the meeting, told reporters on Monday.

“And that goes for every election taking place in 2023, not picking and choosing certain ones and setting other ones aside.”

The United States has hailed Tshisekedi for agreeing to hold elections as scheduled in DR Congo, where past votes have been marred by unrest.

In September, the United States boosted by $13 million its support for the DR Congo’s election including by funding local and international observers.