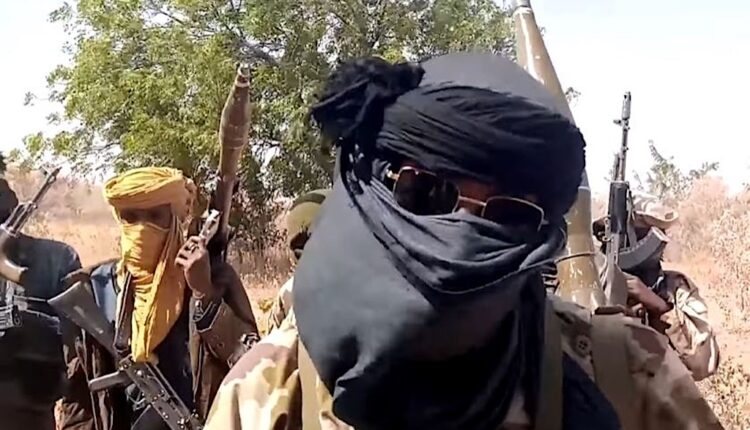 At least four farmers have been killed and over 100 others including women and children have been abducted by bandits in Niger State.

Contents hide
1 At least four farmers have been killed and over 100 others including women and children have been abducted by bandits in Niger State.
2 Police React
3 Niger Govt Speaks

Trends Of Nigeria gathered that those killed during an invasion in Mashegu Local Government Area were a traditional ruler, two vigilantes and one civilian.

While the farmers were kidnapped from 14 communities in both Mashegu and Rafi local councils in the last three weeks.

According to Daily Trust, that more than half of the victims were kidnapped while harvesting their farm produce on their farms, forcing residents to flee to Ibbi town and other safer places in the local government.

It was learned that 61 farmers were reportedly kidnapped in Gidigori, Pandogari and Durumi communities in Rafi and part of Shiroro local governments in the last two weeks.

It was gathered that bandits have demanded N5 million ransom for each of the abductees.

Residents said while bandits had also imposed N3 million tax on each of the communities as a condition to stop kidnapping them and to allow them to harvest their farm produce, only one of the communities had been able to pay. The bandits are said to be also stealing food they already harvested.

Speaking with Daily Trust, some residents said rural communities in Mashegu, Mariga, Kontagora, Rafi and Shiroro were still not as safe as widely publicised in some sections of the media.

One of them, Mohammed Sanusi, told Daily Trust that one of the vigilantes he simply identified as Abubakar was shot dead after he was abducted alongside other villagers on Thursday.

He said the victims were kidnapped when bandits attacked Mulo and adjoining communities during which the village head of Mulo, Alhaji Usman Garba, was also killed.

He said: “Attacks have been going on for the past three weeks in villages in Mashegu Local Government. Right now, over 50 people are in the hands of bandits. One vigilante was killed in Tsohon-Rami on Sunday. He was kidnapped alongside other people in Mulo and other communities on Thursday and he was shot dead.

“Another vigilante was also killed on his farm in Tsohon-Rami recently. They met him harvesting his crops on his farm and they killed him with a cutlass. Right now, we cannot harvest our crops. Maize, guinea corn, beans and soya beans are getting spoiled on our farms.”

Another resident, Abdulrahman Inuwa, told Daily Trust that residents of Fage and Mulo have all fled their homes after bandits asked the each communitiy to pay N3 million tax.

He said: “They ask villages to pay N3 million tax each; it is Nasarawa Mulo that has been able to pay the tax imposed on communities. One of the three people abducted in Mulo was released and he was asked to go back home and look for money to secure the release of the remaining people.

“On Sunday, another boy was abducted in Fage village but he was released when he told them that he was from Nasarawa Mulo that had paid their tax. So, they released him, saying that residents of Nasarawa Mulo have settled them.

“Nobody goes to harvest his crops now. Who will go and get kidnapped? You are not with your farm produce and you get kidnapped again. Where do you get money to pay the ransom? What we are left with now is prayers.

“The situation has not improved in our area. How will it improve when we don’t have conventional security in our area? Up till now, four village heads are in their captivity. It is only the police in Mashegu that do go on patrol and they are not more than 10 in number with only one vehicle and the vehicle is not even in a good condition.”

Inuwa called for the quick intervention of the state and federal governments to enable them to harvest their crops.

According to the Police Public Relations Officer in Niger State, DSP Wasiu Abiodun, efforts were ongoing to rescue the abducted people.

Abiodunsaid any further development would be made known to the public.

“The police command is making efforts in collaboration with other security agencies to rescue the abducted victims. However, tactical teams have been deployed in the area to forestall reoccurrence,” he said.

Also speaking, the Niger State Commissioner for Internal Security and Humanitarian Affairs, Emmanuel Umar, said the state government policy did not support payment of ransom or any form of tax and urged citizens to reject such from bandits.

For those that are in captivity, Umar said the state government was on top of the situation and was working closely with security agencies to rescue the victims and ensure that bandits were chased out of the state.