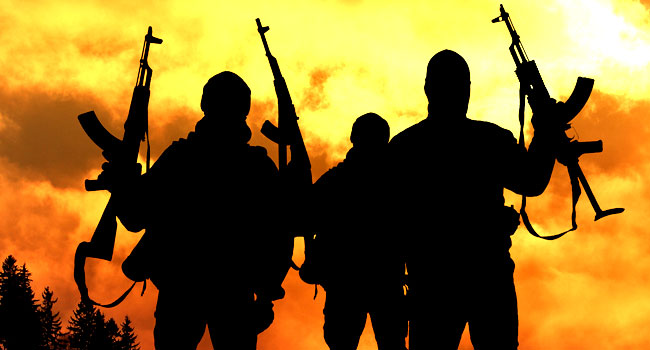 Bandits on Sunday released on ransom one of the seven victims kidnapped during last Tuesday night’s attack on the Kubwa Extension II Relocation Estate, along the Arab Road area of the Federal Capital Territory, Abuja.

The freed victim, Adenike, is an ex-corps member who completed the mandatory National Youth Service Corps scheme in November.

Our correspondent gathered that an undisclosed sum was paid to the bandits to effect Adenike’s release from their den.

Adenike was kidnapped at her family home on Tuesday alongside six others during an attack that lasted about an hour, leaving two male adults killed.

The six other victims still in the kidnappers’ den are two male children, an older woman, and three male adults.

The PUNCH had earlier exclusively reported that the bandits had requested a sum of N100 million as a ransom for Adenike, and N60 million for the second lady.

Intelligence sources confirmed to our correspondent that though a ransom was paid for Adenike’s freedom, the sum was way less than the N100 million earlier requested by the bandits.

Confirming the development on Monday, the vice chairman of the estate, Frank Boboi, said, “We’re happy that Adenike has been released. She was released on Sunday, and has since returned to her family.

“Yes, a ransom was paid, but I can’t disclose the sum, as it is confidential. But we thank God, the community and everyone for their support.”

A family source who pleaded anonymity also confirmed the development when contacted by our correspondent.

The source said, “It is true that Adenike has been released, and she’s now home with the family. Although a ransom was paid for her freedom. We hope that others would be released soon too.”

The spokesperson for the FCT Police Command could not confirm the development when contacted by our correspondent, as she was at the ongoing Nigeria Police Force Public Relations Officers’ annual conference in Ibadan.

However, her deputy, Omotayo Oduniyi, noted he was yet to confirm the development.

He said, “I’m currently in a meeting. I’ll confirm the development and revert, please.”