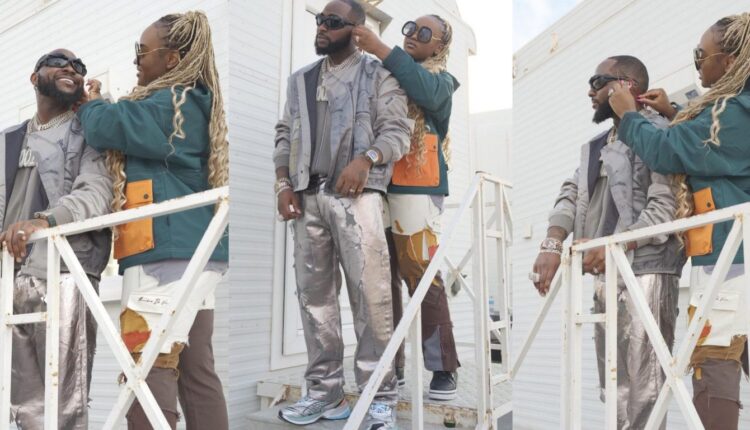 The singer and his wife are in Qatar ahead of his closing ceremony performance today, Sunday, December 18th.

The singer, who has been absent on social media since his son’s death on October 31st, wrote,

The internet has gone wild with joy with his return.

Recall that Davido and Chioma made their first public appearance following their son’s death at his uncle’s inauguration.

The lovebirds had stepped out in style with the Adelekes family to attend his uncle’s inauguration ceremony as Osun State Governor.

The couple’s grand return to the limelight, confirmed the news of their marriage as they were spotted with their wedding bands.

The couple looked all loved up in several photos and videos, as they held tightly to each other.

The couple, who had a tough time together following the loss of their son, Ifeanyi Adeleke, had a low-key wedding.

Gistlovers blog had alleged that the singer secretly got married to Chioma shortly after their son’s death.

The traditional wedding which was done in his father’s house, had few family friends in attendance with no camera allowed.

According to the blog, Chioma’s bride price had been paid in full.

The traditional wedding was held in November 6th, just to console Chioma and assure her that with or without their son, her place was assured in his heart and home.

With their first public appearance, the couple confirmed the report to be true as they were spotted with their wedding rings.