Don’t Blame Us For Your Failure – Governors Tells FG 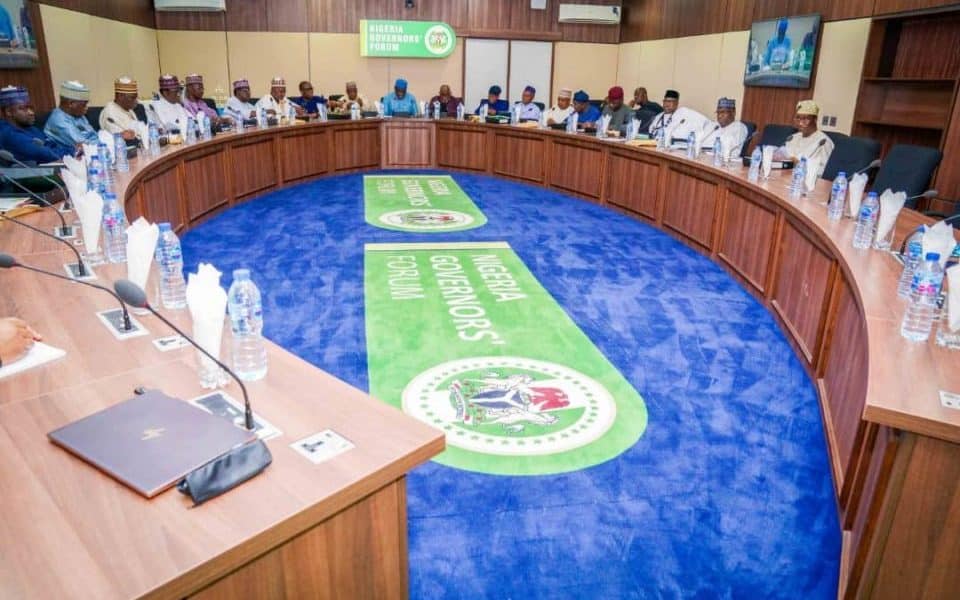 The Governors of the 36 states have berated the Federal Government over its failure to address the security challenges plaguing the country.

The governors, under the auspice of the Nigeria Governors’ Forum (NGF), opined that the level of poverty in the nation was due to insecurity.

Speaking via a statement signed by its Director of Media and Public Affairs, Abdulrazaque Bello-Barkindo, the forum also alleged that the government has turned a blind eye while bandits, insurgents, and kidnappers turn the country into a killing field”.

The forum was reacting to the claims made by the Minister of State for Budget and National Planning, Clement Agba, that governors were responsible for the high rate of poverty in the country.

According to the statement, the governors had made great progress in their respective states through relevant projects.

The statement reads: “This dereliction of duty from the centre is the main reason why people have been unable to engage in regular agrarian activity and commerce.

“Today, rural areas are insecure, markets are unsafe, travel surety is improbable and life for the common people generally is harsh and brutish.

“Agba’s opinion is based on a survey of 56,000 households in a country of 200 million people can never diminish the good work that 36 pro-poor-minded governors are doing for this country.

“The primary duty of any government is to ensure the security of lives and property, without which no sensible human activity takes place. But the Federal Government, which is responsible for the security of lives and property, has been unable to fulfil this covenant with the people, thus allowing bandits, insurgents, and kidnappers to turn the country into a killing field, maiming and abducting people, in schools market squares and even on their farmlands.

“How can a defenceless rural population maintain a sustainable lifestyle of peace and harmony when their lives are cut prematurely, and they wallow permanently in danger? How does a minister whose government has been unable to ensure security, law, and order have the temerity to blame governors?

“Under the current administration that Mr Agba is minister, the national cash cow, the NNPC, has failed to remit statutory allocations to states in several months. The situation had compelled governors to rely on other sources of revenue like the SFTAS program and other interventions anchored by the NGF, to fund state activities while monies budgeted for such federal ministries like agriculture, rural development, and humanitarian affairs, are not being deployed in the direction of the people.”

This article was originally published on Naija News