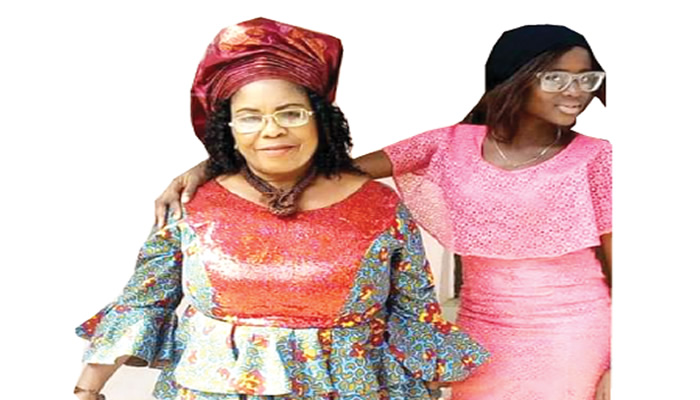 Mrs Maritha Agulanna, a native of Ahiara in the Ahiazu Mbaise Local Government Area of Imo State, is the foster mother of a 20-year-old lady, Juliet, who recently discovered, by sheer providence, her biological parents, Prof Michael and Mrs Gloria Okwudili, in Enugu State. She tells RAPHAEL EDE how she took custody of the lady days after her birth and denies the allegation of child theft and human trafficking

How are you related to the 20-year-old lady who lived with you from birth, but claimed to have found her biological parents in your neighbourhood?

Do you have an adoption certificate or document to show that the girl was properly adopted as required by law?

Foster mother :To the best of my knowledge, yes. The Nigerian Red Cross Society, Imo State branch, issued a document titled, ‘To Whom It May Concern Fostering/Adoption of a Baby Girl from This Home’, dated June 21, 2002. It was signed by the State Secretary, Chief H. C. Mela. The document read, ‘This is to confirm that Mr Lawrence Ukachi Agulanna and Mrs Maritha Chidinma Agulanna from Nnarambia in Ahiara, Ahiazu Mbaise Local Government Area of Imo State, fostered a week-old baby girl from this home.

The said baby was born on June 14, 2002. The adoptive parents have been advised to report to the Ministry of Women Affairs and Social Development, Owerri, Imo State, for the necessary documentation of the child and to the court for legal processes and adoption orders of the child. I wish to request that the applicants be given the necessary assistance that they may require’.

Do you have documents from the ministry and a court order to back the adoption as and contained in the Red Cross Society document?

Foster mother :Nobody knew that something like this (Juliet finding her biological parents) would come up. I didn’t know that something like this would come up. Even this one (‘To Whom It May Concern’ document) I hid it somewhere. I didn’t want her (Juliet) to see it. I didn’t want the lady to have an idea that I adopted her. I hid the document in the village. It was when this incident started unfolding that I went looking for it.

Why didn’t you want to tell her that she was an adopted child?

Foster mother :Actually, I didn’t want to tell her, but now I have told her. She has been the one replying to the man (biological father).

Did she tell you that she looked like the Okwudili?

Foster mother :She had been telling me. She told me people said she looked like them. Then I told her to be careful. If someone resembles another, is that concrete evidence that she is their child? Before they went and had the DNA test, I was concerned. I didn’t know whether the man (Prof Okwudili) wanted to use her for rituals or something else.

Since your foster daughter has finally found her biological parents, how do you want the issue to be resolved?

And I want them to carry out DNA testing with the child and the other child (male twin) they said was born with my daughter so that we’ll know what is happening. Let the son and my daughter go for a DNA test so that I will tell them that they are completely at fault.

Why do you think they are wrong?

Foster mother :If they are claiming that they had twins, how come the two were born in different months? The lady was born on June 14 and their son was born on July 18, 2002. Mine (Juliet) is the eldest. If they are saying she (Mrs Okwudili) gave birth on July 18 and my own was born on June 14 then, where did they keep her? Although I know that anything is possible in Nigeria and that someone can steal a child and sell it, my own (Juliet) came first.