I am grateful for a supportive and strong system” Mr Ibu eulogises wife, Stella as he shares rare family photos 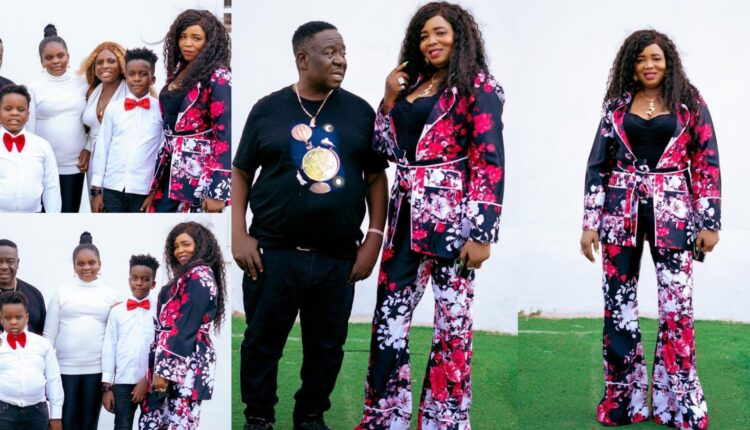 I am grateful for a supportive and strong system” Mr Ibu eulogises wife, Stella as he shares rare family photos

Veteran actor, John Okafor popularly known as Mr Ibu has wowed his fans with rare photos of his beautiful family.

As many countdown to the festive season, Nigerian celebrities have been delighting fans with their adorable family photos.

Taking to Instagram minutes ago, the veteran who survived a near-death experience, shared a beautiful family photo which featured his wife and kids.

Noting how family is everything, Mr Ibu expressed gratitude to God for giving him a supportive and strong system, his wife, Stella Maris.

Praising her, he described her as an amazing wife and mother.

“Family is indeed everything! Am grateful to God for giving me such a supportive and strong system @realiburess. An amazing wife and mother! God bless you for all you do”.

Stella Maris disclosed that he had been readmitted to the hospital on which doubled as their wedding anniversary.

Stella, had first called for prayers for her husband after she announced that he was admitted to a hospital in Abuja on March 24.

Kemi Filani news recalls that following his near death experience, Mr Ibu had challenged his colleagues in the movie industry.

The actor shared a video of him showing off his dance steps while vibing to Kizz Daniel’s, ‘Cough’. Mr Ibu admonished his colleagues to celebrate him while he is alive and not when he is dead.

Challenging his colleagues, he told them to repost his video.

“Celebrate me today that am alive not when am gone you start posting me up and down with so much complements! Let’s see how many people will share this video today! Can we get to a million followers here today? Let’s see who really love me!!!!!”.