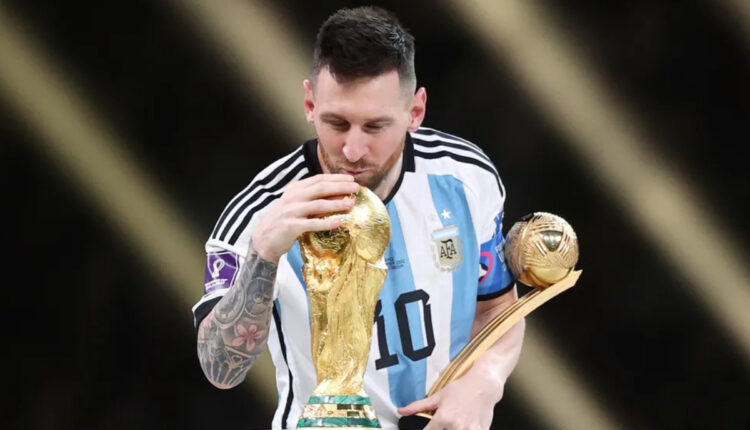 After winning the World Cup in Qatar on Sunday, Argentina legend Lionel Messi broke yet another record by posting a picture on Instagram.

Messi’s dream of World Cup win photo was finally realized on Sunday when Argentina won the competition. The captain then continued to write history away from the field.

Lionel Messi uploaded a picture of himself holding the trophy to Instagram, which has since received more than 63 million likes, making it the most liked post ever. The famous egg that received about 56 million likes previously held the record.

The captain in Qatar broke numerous social media records in addition to Messi’s post. The 35-year-old also surpassed Cristiano Ronaldo’s previous mark for the sportsperson’s Instagram post with the most likes, which was an image of the two competitors playing chess prior to the competition. The number of likes on Ronaldo’s post was only 42 million.

The captain will soon return to his club, Paris Saint-Germain, after celebrating Argentina’s World Cup victory in Buenos Aires.