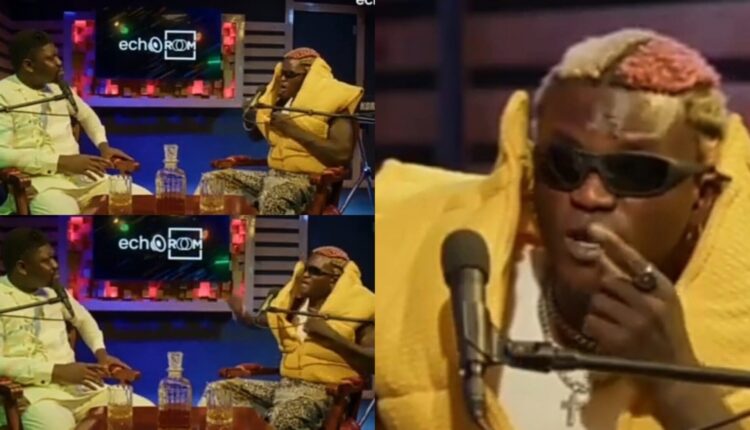 Fast rising artist, Habeeb Okikiola better known as Portable has opened up on his rise to fame.

The controversial artist in an interview with Echo room, stressed that dancer, Poco Lee (PL) and singer, Olamide didn’t make him famous. According to him, he became on his own as he was well known before they reached out to him.

Opening up on how he linked up come PL and Olamide, Portable noted how people would locate one when their time for greatness has come. He revealed that they linked up with him through dms.

Recounting his struggling days, he stated that when people hailed him for being famous, he always disagreed with them as he didn’t have money, car or travelled the world.

However, now that he has the trio and more, he can finally agree that he is indeed recognisable celebrity.

Why I use Portable and not Buju as a case study to train Rema, Ayra Starr” Don Jazzy spills

Just days back, Music executive, Don Jazzy had given accolades to Portable over his rise to fame.

The music executive had revealed how he uses the controversial singer, and not singer, Buju to train his artistes.

In an interview with Joey Akan, the Mavins founder noted how Portable’s controversial lifestyle has kept in the spotlight, unlike, Buju, who despite his talent doesn’t receive publicity like Portable.

To further prove his point, he pointed out how Portable, who has been in the spotlight for 1year already has a million IG followers, while Buju is still struggling with followers.

Going digital, he added that algorithms would continue to favor Portable than Buju, because he keeps many entertained.

The influential music executive stated that he continues to ring it into his artistes like Rema and Ayra Starr’s head, to follow Portable’s strategy.

In a nutshell, he teaches his signees to always make headlines rather form status.

Who knows? This could be the reason why Ayra Starr is fond of making headlines for her skimpy outfits.

No wonder the saying, no publicity (whether negative or positive) is useless.