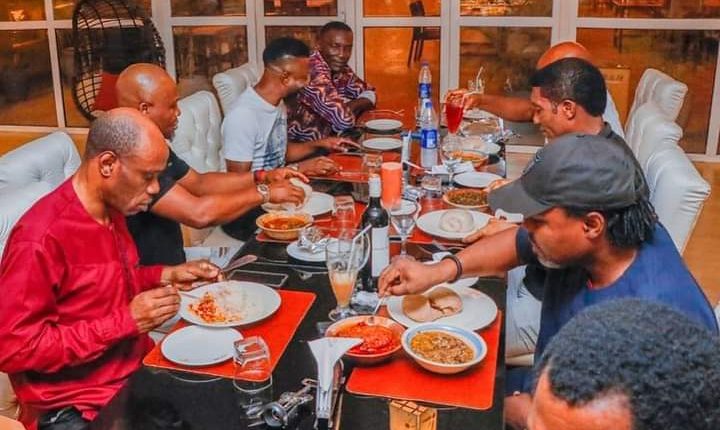 Information from Kano State reveals that no fewer than 27 former Super Eagles players have arrived in the state, awaiting the flag-off of the Tinubu-Shettima presidential campaign tour in the state.

Naija News reports that a statement issued by the Tinubu Support Group revealed that the former Super Eagles players were in the state to show solidarity and support the presidential bid of the All Progressive Congress (APC) flag bearer, Bola Tinubu.

According to the statement by the former Majority Leader in the Kano State House of Assembly, Baffa Agundi, the former players were received at the Sani Abacha Stadium in Kano, the venue of the campaign kick-off.

The Tinubu support group disclosed that among those on the ground so far at the venue were Daniel Amokachi, Peter Rufai, Victor Ikpeba, Julius Aghahowa, Mutiu Adepoju, and Emmanuel Babayaro, amongst others.

Agundi, who welcomed the former Super Eagles players, said he was happy they were on the ground to show their support for Tinubu, adding that he promised to make their stay in the state memorable as they embark on the campaign tour to canvass for votes for Tinubu and his running mate, Kashim Shettima.

He also expressed gladness at the former players, saying they were one of the best things to happen to the country as they brought joy to every home in Nigeria during their playing days.