2023: Wike will make his BIG announcement on to who is his preferred presidential candidate 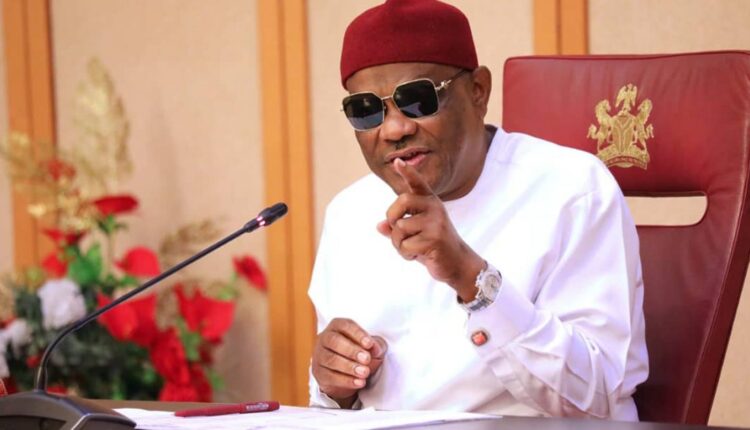 “2023: Wike reveals when he will announce his preferred presidential candidate”

The Governor of Rivers state, Nyesom Wike, has said he will start campaigning for his preferred presidential candidate in January 2023.

Wike has been involved with a standoff with the Peoples Democratic Party (PDP) since he lost out in the presidential primary.

It has led to a crisis in the party over calls for Iyorchia Ayu to step down from his position as national chairman of the party.

The calls, championed by Wike and his allies, are based on the grounds that the PDP presidential candidate and national chairman cannot be from the same region.

The governors have also exempted themselves from the campaign of Atiku Abubakar, the presidential candidate of the PDP, ahead of the 2023 general election.

Speaking on Thursday at the inauguration of a flyover in Obi-Akpor LGA, Wike said he will mobilise people “from state to state” for his preferred candidate from January.

“From January next year, I will campaign to my people who they will vote for. So, all of you who have been suspects and have been saying all kinds of things and abusing me, wait. January has come,” he said.

“Nothing will happen. So, all of you appearing on television [to] abuse me, don’t waste your saliva again. January will come. All those of you that tell people you have 40 shoes and 50 wristwatches, the time has come to convert those watches to votes.

“Those of you who haven’t been stable, moving from one political party to another — you move from PDP to here, you move from here back to PDP; those of you, who in 2015, you said if they vote for PDP, they are voting for insurgency, corruption — wait.

“All of us will reply to tell Nigeria the things you said, how far are they now? Is it the same PDP or a new PDP?”