Youths chase away Elumelu over performance, order him to take oath [PICS]

Angry youths of Oko Community in Delta State have chased away Ndudi Godwin Elumelu, the lawmaker representing Aniocha and Oshimili federal constituency in the House of Representatives, over alleged poor performance over the years.

POLITICS NIGERIA reports that Elumelu, who is a member of the Peoples Democratic Party (PDP), was prevented from entering the community on Wednesday.

Elumelu, a younger brother to foremost entrepreneur Tony Elumelu, is currently the Minority leader of the House of Representatives. 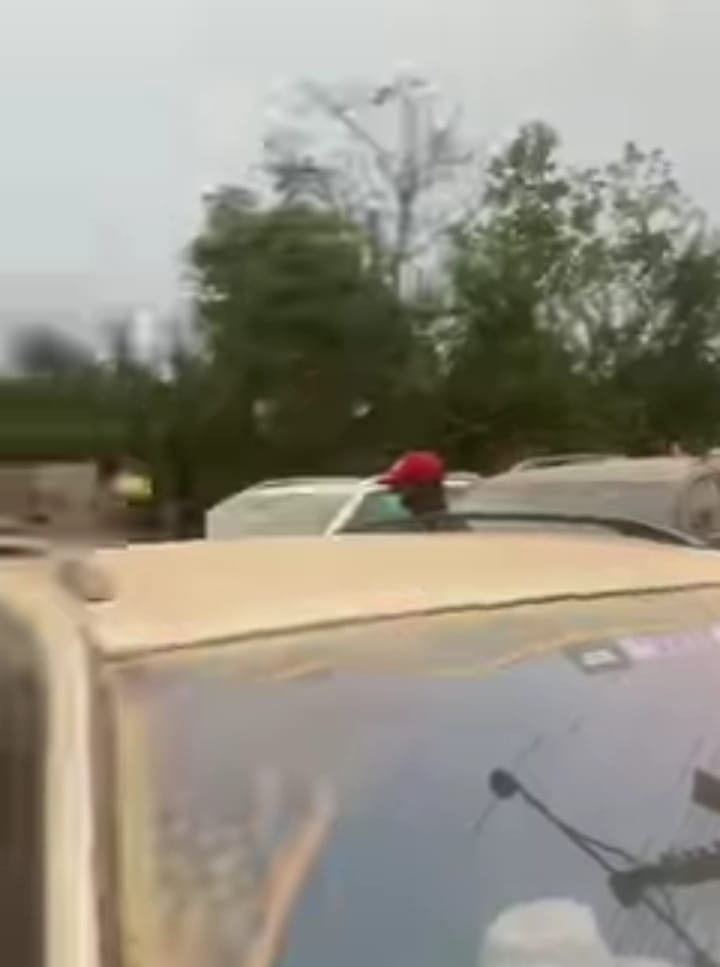 It took the effort of Ned Nwoko, the Delta North senatorial candidate of the PDP, after hours to calm the nerves of the disgruntled youths.

“Since 1999, PDP had been coming here to campaign but after elections they never remember Oko community. No road, no electricity among others social amenities.

“We have been voting for this PDP in all elections but nothing to show for it. Elumelu had been coming and making fake promises.

“And he is coming again to deceive us for fourth time, that’s our anger and we don’t want such promises again,” a youth leader said.

Meanwhile, the youths compelled Elumelu and other politicians to go to the community shrine for an oath and pledge to address the community’s plight, especially the roads, if elected.